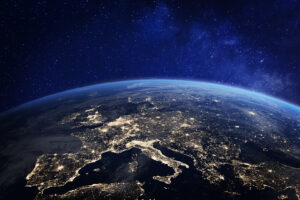 The Mi’gmaq are the original inhabitants of New Brunswick. We have occupied and cared for our lands and waters sincetime immemorial. Along with our Wabanaki brothers and sisters, we entered into sacred, constitutionally protectedTreaties of Peace and Friendship with the Crown, and continue to exercise our Aboriginal and Treaty rights, includingthe rights to hunt, fish and gather up to the present day. The Treaties have been upheld, and these rights have been repeatedly proven and affirmed by the Supreme Court of Canada and the Courts of New Brunswick. The Mi’gmaq have never ceded their Aboriginal Title of ownership and stewardship over the lands and waters of New Brunswick to theCrown.

Mi’gmawe’l Tplu’taqnn means “Mi’gmaq People’s Laws” or “how we govern ourselves.”

Mi’gmaq Sagamaq Mawiomi (Gathering of Mi’gmaq Chiefs) was formed in September 2015 in order to promote astrong unified voice for the Mi’gmaq People in New Brunswick. The Mi’gmaq Sagamaq Mawiomi formed Mi’gmawe’l Tplu’taqnn in November 2015 to promote and support the recognition, affirmation, exercise and implementation of the inherent Aboriginal and Treaty Rights of its member First Nations, including the right of self-determination.  We are empowered by our member communities to advance their Aboriginal and Treaty rights through negotiations with our Treaty partners, and to deal with issues of consultation and accommodation on behalf of eight of our member communities.